Ravens acquire Fuller in another attempt to help secondary 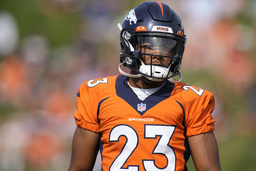 The Ravens announced the move Tuesday.

Fuller spent last season with the Denver Broncos. Prior to that, he played in 80 games for the Chicago Bears from 2014-20, intercepting 19 passes.

The Ravens finished last in the NFL against the pass last season, thanks in part to a knee injury that cost cornerback Marcus Peters the season. Cornerback Marlon Humphrey went down with an injury as well and didn't play in the final four games.

Baltimore used a first-round draft pick this year on safety Kyle Hamilton, and the Ravens added safety Marcus Williams via free agency. Fuller's arrival is another attempt to shore up the secondary.